skip to main | skip to sidebar

Most know Barry Hansen, for his wonderful voice, which is featured on numerous albums as well as his own album “My Soul Hungered”, but few know him as “Barry the songwriter”. Yup . . . just like me, he is in the class of slightly sanity deprived human beings who thrive on . . . not just the written word . . . BUT putting together words that rhyme just to tell a story in four and half minutes or less while set to music.
So, other than the fact that Barry has a wonderful voice and is a Pearl-award nominated recording artist…and I’m NOT, we have a lot in common…when it comes to songwriting anyway.

Here's what I pulled from his website about him:

"Barry Hansen grew up in Northwest Washington and studied voice at Brigham Young University, also singing with BYU's Vocal Jazz Ensemble. As a studio vocalist, Barry is featured on several inspirational albums, mostly from the Inspirational Music Showcase record label. As a songwriter, he has recorded two songs co-written with his brother, record producer Greg Hansen. A member of the Faith Centered Music Association, Barry was a 2004 FCMA Pearl Award nominee for Studio Vocalist, and a 2006 nominee for Male Vocalist of the Year. He performed in the televised 2003 and 2004 Pearl Awards broadcasts. As a freelance graphic designer, he is also a four-time Pearl Award nominee for Album Design, winning the award in 2004. Barry recorded his first solo album, My Soul Hungered, in 2004. He hopes to release a follow up album in the summer of 2007. Barry frequently performs locally and around the country, singing both inspirational and contemporary ballads. He has traveled throughout the United States both as a singer and a public speaker. "

Both of us, I found out, began to take seriously the craft of songwriting in our 30’s while raising our kids…he has eight! We grew up in the same era, so we were both inspired by the great songwriters of the 70’s. Going back to college was not an option for either of us and so learning through other mediums, outside the walls of higher academia, became a must. But as Barry told me, even though it’s the longer way of learning the craft we have “a lot more life experience to draw from in writing songs!”

You can listen to one of my favorite Barry Hansen songs, co-written with his brother Greg, called One Step Closer in the country section of the yourLDSNeighborhood Jukebox. He’s got other great songs you can listen to and vote on as well in the jukebox.

So now, without further adieu, please read below the enlightened answers to a few questions I asked this truly gifted songwriter.

Tell me, what it is that has drawn you to songwriting?

Well, I've always appreciated memorable songs. I listened to John Denver, the Carpenters, Simon and Garfunkel, Bread and others when I was young. I had a companion on my mission who wrote music and I wrote lyrics to a few of his songs. I took a poetry class at BYU and enjoyed the way words could have double and triple meanings and nuances. I was attracted to advertising while at BYU partly because I enjoyed great headlines that were clever and had multiple levels of meaning. Writing songs was always in the back of my mind, but I didn't start until around 1999.

When I moved to Utah and started singing professionally in 2001, I was around a lot of great songwriters and began to think more in terms of "that would make a great hook" when I'd hear or think of a catchy phrase. Five or six years ago I was designing an album cover for Let Us Go Forth, a missionary-themed album for Sounds of Zion. As the designer I was privy to the song requests that went out to songwriters.

One day while driving on I-15 a chorus started coming to me, both words and music at the same time. I wrote it out and took it to my brother, Greg, who added his magic and made it a real song. We recorded a demo and it ended up as the title track on the album.

Since then I've started dozens of songs and even finished a few of them! I've read books, listened carefully to great songs, attended classes and followed the advice of my more-experienced co-writer (Greg) to try to learn the art of songwriting. Something that really motivates me to write is the desire to be more than a singer; to create something that is uniquely mine, not just my interpretation. My first album had only one original song on it; half or more on my next album will be original.

How do you go about the process for yourself? Are you the 'plunk a tune down and write to it' type or 'lyrics first tune second' (more my style) type?

I haven't yet settled into a certain pattern. I've written both ways, and sometimes come up with both lyrics and tune at the same time. The chorus comes first, starting with the main hook idea and building out from there. Most often the lyrics come before the tune, although I do have a tune to which I haven't written lyrics yet. I'm stronger at lyrics than tunes, which works well because Greg's the other way around. Sometimes I only write lyrics and Greg writes the music, but usually we both work on both. I find it easier to come up with verses if I have a tune in mind, even if Greg changes it later.

Sometimes a song will come quickly, especially if it's based on real experience. I have a lot of stories I share when I present to youth and other groups, and I've been taking those stories and turning them into songs. But sometimes songs are really hard to crank out. It requires a lot of time and that's hard to come by with a full-time business and eight children. So my process is usually too slow for my liking. But I'm getting faster.

Your brother obviously has had opportunities to work with some pretty big names in the industry, are there any people in the commercial music world that you've enjoyed working with and why?

I've enjoyed working with all of them. A whole new group of friends opened up to me when I got into the business. I'm constantly in awe of those who started much earlier in life than I did and whose talents and skills far exceed mine. I've especially enjoyed traveling and performing with the artists from Sounds of Zion's Inspirational Music Showcase. Steve & Johanne Perry, Tammy Robinson, Tanya Barkdull, Dave & LaRene Tinney, Michael Dowdle, Jessie Clark Funk, Todd McCabe, April Moriarty, and Rebecca Lopez have all been great to work with. I've also enjoyed working with songwriters and new artists both in the role of studio vocalist and as album designer. Engineers such as Steve Lerud and Guy Randle have been great to work with, as well as Earl Madsen and Doyl Peck at Sounds of Zion, and of course my own relatives, Greg and Bev Hansen. The FCMA has been wonderful to be a part of. I've never met more friendly, generous, down-to-earth people than those in our area's music business. They've all been helpful and kind to me as I've tried to learn the ropes in the music business, and their level of talent is amazing.

Who is your "songwriting Idol"? Mine is John Denver because he could paint such a wonderful picture both lyrically and musically. I have about a third of his talent though...if that.

He's great. I don't have one single idol. I really like some of the songs Michael Bublé and his co-writers are putting out lately. I like Brad Paisley. I've admired Steven K. Jones' work for the CES program (he wrote the lyrics for the title track of my first album, My Soul Hungered). Sam Payne, Cherie Call, Kenneth Cope and Hilary Weeks have influenced me a lot. Of course, I feel silly naming great songwriters because I'm such a newbie at it. But I hope to be closer to their level someday.

Since school is not an option right now for you, in what ways are you gaining more education for yourself when it comes to songwriting? And finally, what would you suggest for those who are in similar shoes as yours when it comes to increasing their skills as both a writer and musician without formal schooling?

In my late thirties, when my wife told me to stop dreaming, move to Utah and get serious about music, I knew I had a lot to learn. I'd visited Greg and accompanied him on a few recording sessions, so I had an idea of the skills real professionals have. I considered going back to college to study MDT (Music Dance Theatre) or Media Music, but that wasn't a realistic option. One major weakness was theory, something my voice teachers at BYU had always tried to teach me, but I was only interested in singing then. So I started with theory/piano lessons for a year before we moved to Utah, and then when we were here I took voice lessons from teachers who taught BYU's MDT students. I studied theory from the big book that all Tabernacle Choir hopefuls use to pass the theory test that's part of the audition process. I listened to the radio and analyzed what made songs great. I interviewed a songwriter and listened to or read interviews of other songwriters. I've attended FCMA (Faith Centered Music Assoc.) workshops by Rob Honey and Lowell Alexander. And of course, I've tried to write as often as I can. I've written for album song requests, a songwriting contest, and for my own album. Having a record producer/composer/arranger for a brother has been a big help. I pay attention to his feedback. I'm interested in looking into songwriting associations such as NSAI (Nashville Songwriter Association Int.) I can only squeeze in so much, which is frustrating when I think of the progress I could make if I had the luxury of being a full-time student again. But now I've got two kids of my own at college and several still at home, so I have many demands on my time and resources and I have to be careful with both.

At the end of the day, I've found that much of what can be learned in college can be learned privately. The same teachers, the same books and the same workshops are available to anyone. It just takes longer.

And there endeth the interview with Barry Hansen. Take Care 'til we meet on this blog again! 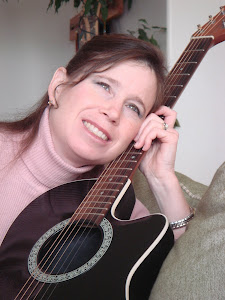 If there is one thing I am in this world…it’s passionate! One of the things I’m most passionate about, besides my husband and family, is songwriting and all things musically inclined. This passion led me to become the Utah chapter head coordinator for the Nashville Songwriters Association International (NSAI), a nonprofit organization aimed at help aspiring songwriters. I’ve been blessed through NSAI and various other musical organizations to get to know many amazing artists, musicians, and songwriters.

Through yourLDSNeighborhood, I’ll be bringing many of these amazing musical Mormons to light.

yourLDSneighborhood
.com® Neighbor
Enrich your life with our Free LDS newsletter. You are special, and we know it. That is exactly why we have created yourLDSneighborhood.com®—to deliver wholesome, intelligent articles, innovative products and LDS-based services, and great ideas for your home. We all lead busy lives and know how difficult it is to sort through the articles and shopping sites that don't have an LDS focus. Our goal is to be here for you bringing you the latest LDS products, services, articles, and interviews—nationally and internationally.

All content on this blog is copyrighted by Julie Keyser